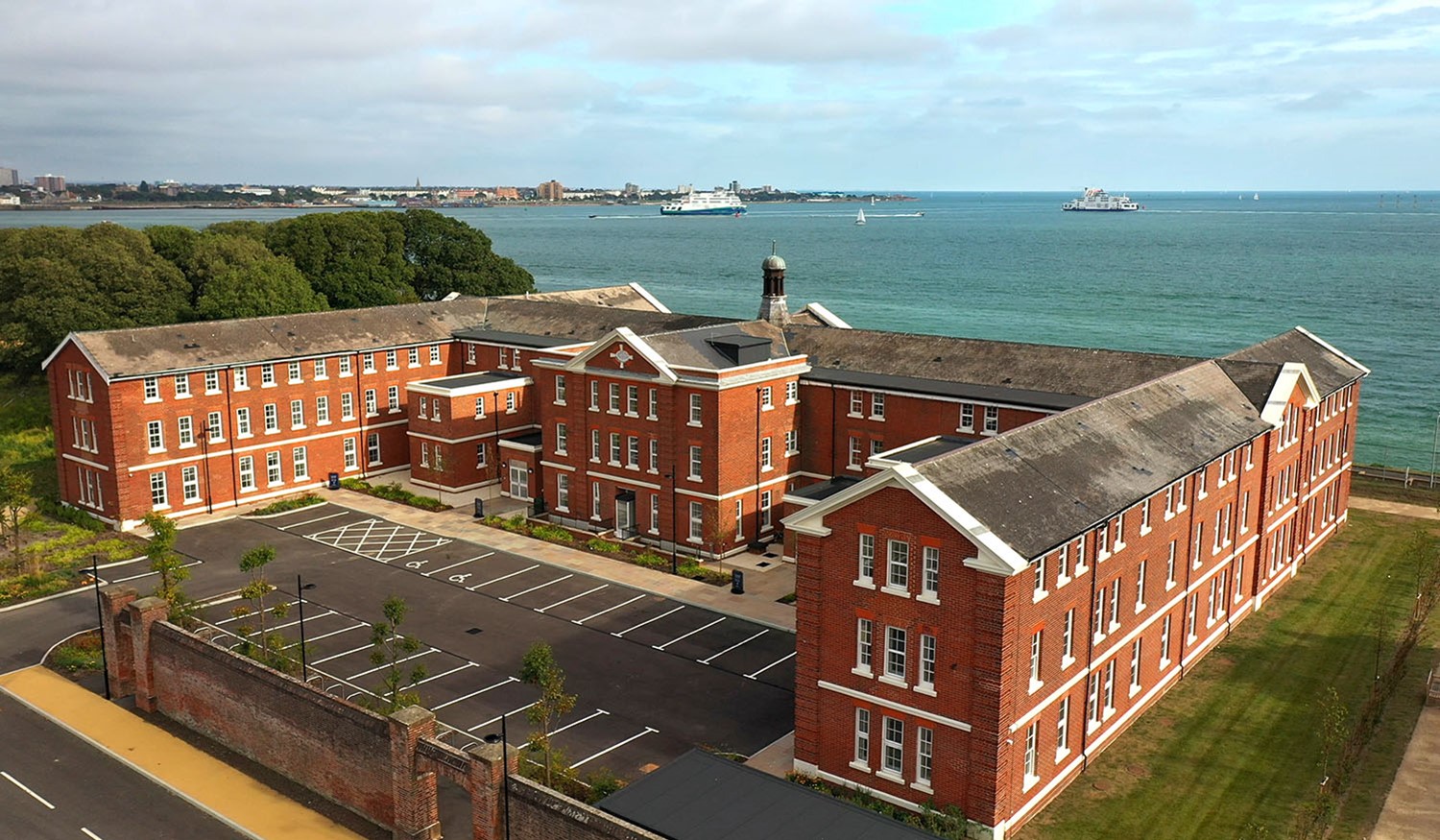 Canada House enjoys a prime position at Royal Haslar, with trees to both sides and panoramic sea views to the south. As one of the very few residential buildings in the area to be located right on the waterfront, the elegant building offers classical feature and thirty-two luxury spacious apartments which are now on view through Fox & Sons. Additional features include high ceilings, tele-healthcare systems, lifs to all floors, access to communal retirement facilities and private parking. To book a private viewing telephone 01329 288425

"On a picturesque site in the grounds of the Royal Naval Hospital Haslar, overlooking the Solent, with the hills of the Isle of Wight forming a charming background, there has been built a magnificent new wing to the great Naval Hospital, which will pass to posterity as a monument to the patriotism and the loyalty of the women of Canada.

At the outbreak of the war the Canadian women, anxious to demonstrate in practical form their deep sense of devotion to the Mother Country, organised a fund to aid the nursing of the sick and wounded. A sum approaching £50,000 was raised in a very short period, and was handed to the Imperial Government to be applied in whatever way they considered best. There had for a long time been a pressing need for a ward extension at the Royal Naval Hospital, Haslar, and the Government allocated the major portion of the generous gift to the construction of a new wing to that institution, which will, when completed, be named the Canadian Women’s Wing.

The new building will have three floors, and will be equipped throughout on the most modern hygienic principles. There will be a graceful veranda running along the whole length of the building. In every respect the building will be worthy of the sentiments which prompted the promotion of the fund. While history will record the gallant response of the men of the Dominion to the Empire’s call, and their bravery in the battlefield, which has been worthy of the finest British traditions of pluck and heroism, the Canadian Women’s wing in Haslar Hospital will be ever looked upon as a monument to the loyal devotion of the Women of the Dominion in this greatest of the Empire’s trials." 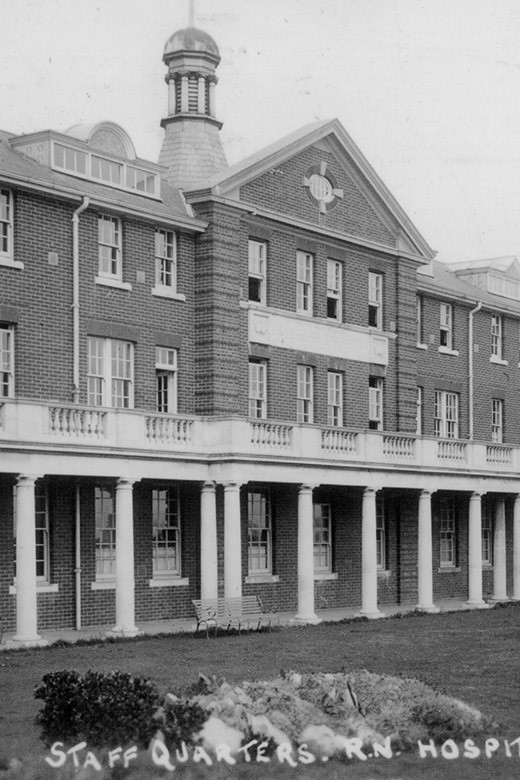 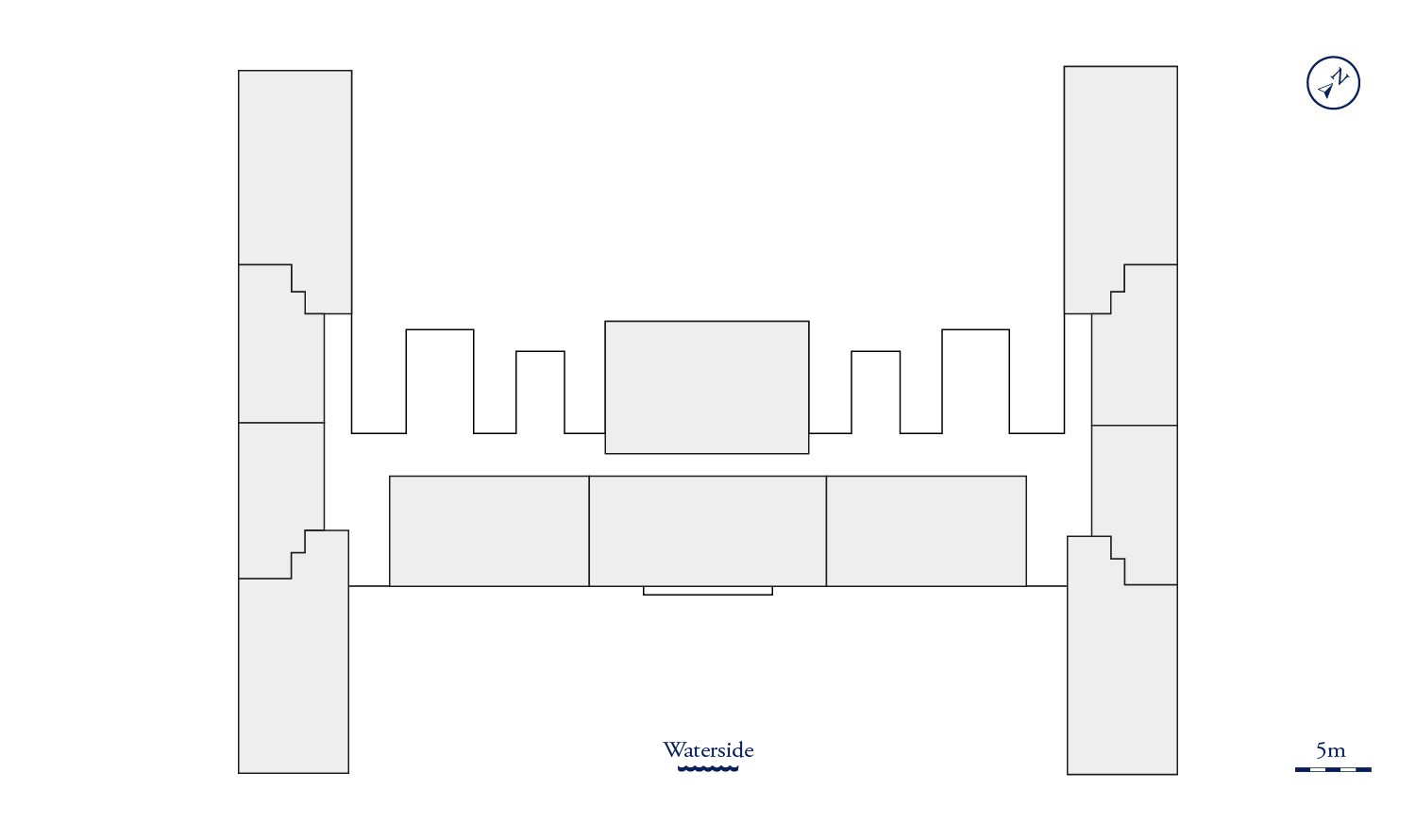 Opening Times: To schedule a private viewing please contact us

With views of the Solent to the south, this elegant listed building comprises 36 one and two bedroom apartments in a stunning waterside location.